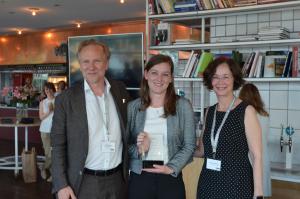 I had the pleasure of chairing the 2019 Ronald H. Coase Dissertation Award committee. My deepest thanks to my fellow committee members: Renee Adams (our committee member) (Oxford), Andrea Prat (Columbia), and Stephane Saussier (Sorbonne).

What a great vintage 2019 was! Who would have thought that I would become so passionate about rubber concessions in Congo, legal system(s) in Chechnya, school management in India, or – don’t get any wrong ideas about me – cousin marriage.

How can I summarise the choice process?

As Andrea put it: Daniela Scur’s thesis is “a data collection tour de force”. She collected data on ownership and succession from over 2,000 firms around the world. She also adapted the World Management Survey to a developing country setting (Development WMS) and used it to measure the quality of management in schools. She then linked school management quality to student outcomes and teaching effectiveness (from the Andhra Pradesh Randomized Evaluation Studies data). She finds that private school lead to higher student achievement than public schools and that this is largely accounted for by differences in people management practices, in particular teacher pay, and the retention of higher value-addition teachers.

Duman Bahrami-Rad's thesis brings the study of kin-based institutions, defined as the set of social norms governing descent, marriage, and residence – classically the domain of anthropology—to economics. He studies the relationship between kinship and individual determinants of behaviour (individualism), as well as political and societal outcomes (corruption and the status of women). His job market paper shows that female inheritance may not lead to female emancipation as one may too easily think. To the contrary, when women are allowed to inherit property, this increases incentives of the rest of the family to control women and their sexuality, namely through cousin marriage, which avoids fractionalisation of property. Duman uses a legal reform in India which increased the inheritance shares of Hindu women, but not Muslim (the comparison group in a Diff in Diff setting) and shows that this led to an increase in cousin marriage. His piece with Henrich (R&R at Science) shows how the extension of the Catholic Church and its ban on cousin marriage broke clans and favoured the rise of individualism.

As for Egor Lazarev, I had never thought that I would so avidly read more than 300 pages on legal pluralism -- the coexistence of several legal systems - in Chechnya (Russian State law, Islamic law and customary law). I literally read every word of it. Sincere apologies to all editors for late referee reports. What makes Egor’s thesis such an interesting and lively read? The fact that in addition to the usually quite dry survey and administrative data, he uses a rich ethnographiy. His thesis is full of anecdotes that took me on a mental travel to Central Asia (I spent time in Tajikistan as country economist for EBRD in 2006 and although I have never been to Chechnya I am sure that what Egor describes apply more generally). Egor balances the best of political science, economics, legal studies, and anthropology. As his advisor Tim Frye puts it: he “studies a fundamental question for social order and security. Under what conditions will citizens choose to resolve disputes using religious, state-backed, or customary legal systems?” Egor shows the roles of conflict, political strategies, or social status and gender. In particular, Egor finds that there is still considerable demand for using Russian state legal institutions, especially by women who often have a lot to lose under Islamic or customary law.

As for Sara Lowes, our winner, her thesis is just outstanding. Again, citing Andrea: she “is incredibly creative both in finding sources of exogenous institutional variations and important outcomes. The paper about concessions is particularly deep: it shows that being exposed extractive colonial institutions has long-lasting effects on violence and the cooptation of local leaders.” That paper is R&R at QJE. Another paper in her thesis studies the relationship between matrilineal kinship and household bargaining. She uses variation between matrilineal and patrilineal families in Kananga (Democratic Republic of the Congo. In a patrilineal family, the wife joins the husband’s lineage and the children belongs to the husband’s lineage. By contrast, in matrilineal families such as the one Sara studies in the DRC, the husband does not belong to same linage as his children but to the one of his sister’s children. Sara finds that such matrilineal couples are less cooperative with each other. In the last chapter of her dissertation (which – would you believe it?- does not even include her Econometrica paper with Nathan Nunn and James Robinson!), she shows that the coercive methods by the colonial authorities to eradicate sleeping sickness with a drug called atoxyl with the negative side effects of affecting vision in 20% of patients, led to long-term mistrust in Western medicine all over former French Africa. This paper, R&R at the AER, delivers a particularly important finding that sheds light on why foreign health interventions are often ineffective and even raise suspicion.

Thank you Daniela, Duman, Egor, and Sara, as well as all the other candidates for making this such an exciting year for the Ronald Coase best dissertation award. I cannot wait for next year’s candidates…