The Atkins Diet and Combating Corruption 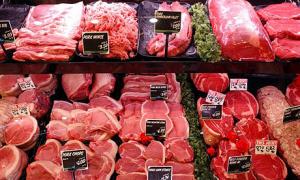 I could not believe my friends the first time I heard of the Atkins diet. “What? You lost 10 kilos by pigging out on steak and sausage? Please stop teasing me.” This was indeed my incredulous reaction any time an acquaintance told me about their experience, until somebody explained to me in detail how the diet work. The fact behind its effectiveness is not eating meat itself, but to stop eating carbohydrates. While this may have seemed obvious to some, I must acknowledge that to me (and I suspect that to many others as well) it was not at first.

Corruption and inefficiencies are similar to overweight in that their remedies can be classified as traditional or subtle methods. Traditional methods are those that we are used to and respond to common sense, such as laws that equate the size of the punishment with the benefit brought by the infringer, and the dedication of police forces to eradicate these activities. These increase the risk of offenders and potentially deter them from carrying out ilegal activities.

Subtle (and less traditional) methods require a detailed and thorough understanding of the origin and nature of corruption. While I do not have normative answers to this question, I do have two examples that show how the simplest regulation change can decrease corruption. Sometimes the connection is so subtle, and yet so effective, that I have not been able to resist myself comparing them to the Atkins diet.

The first example is UBER in the United States. I go over this briefly because I only have anecdotal evidence of its effect on the awarding of licenses of taxis in major American cities. Since UBER went into operation in large American cities, the price of taxi medallions (a license) has decreased substantially. This price decline reflects that the benefits in the long term to operate a taxi have gone down due to competition. A direct consequence of this is obviously that taxi drivers who paid $450,000 a few years ago are not happy with UBER (we have seen plenty of these in the news). Another direct consequence is that today the cost of entry into the business has gone down, and so has the number of new entrants and sales of medallions. Indirectly, this has decreased corruption in this sector because now individuals and taxi companies are no longer willing to bribe the bureaucrats running the taxi regulatory institutions to gain an advantage in the award of a license (which is no longer as profitable as it once was) because economic rents have dissipated almost completely.

The second case is even more interesting: procurement auctions in Japan. Let us focus here on an academic study by Sylvain Chassang (Princeton University) and John Ortner (Boston University), called “Collusion in Auctions With Constrained Bids: Theory and Evidence from public procurement.” While bid rigging is a widespread concern all over the world, this has received much attention in Japan. Japanese press emphasizes the fact that the same companies always participate in these auctions, and so the projects are almost always awarded to the same firms. To make matters worse, whenever there is an entrant prices fall, so at first glance one might say that this market is very competitive because in the unlikely event of entry of a new company prices fall. Well, Chassang and Ortner argue that in an oligopolistic collusive market using auctions to allocate projects, colluding partners will use prices as punishment mechanism to deter entry. Thus, their analysis yields a revolutionary prediction: if the government or regulatory agency understands that the survival of a cartel depends on its ability to set low prices to deter entry of new firms, imposing a minimum price policy (limiting how low bids can go and softening a priori price competition) may in fact lower average bids and prices. At first, this sounds counterintuitive, but if we understand the mechanism behind it, this is just like losing weight with the Atkins diet!

Obviously, this theoretical exercise is inspired by a real case. In October 2009 the Japanese city of Tsuchiura in the Ibaraki prefecture changed the format of its procurement auctions from simple first-price auctions to first-price auctions with a restriction on how low bids can go relative to the engineer appraisal. The article uses data from 2007 and 2015, and a difference-in-differences approach taking the cities of Tsukuba and Ishiku in the same prefecture as control cities (they did not change its procurement policies). Result? Yes sir, Tsuchiura banned low prices and average costs fell. Is this just coincidence? No, this is the result of a very clear understanding of how corruption in Tuschiura’s procurement auctions prevailed year after year.

Finally, if we must learn anything from the cases of UBER and Tsuchiura, let it be that the fighting corruption should not be solely based on laws that punish the corrupt when caught red-handed. New laws or regulatory changes that simplify monitoring and directly reduce the benefits of corruption may be sufficient or even more effective in making our society less corrupt and more just (and hopefully more efficient!).