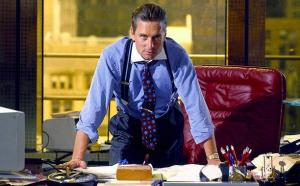 Contemporary history unveils a sophistication of financial markets and instruments—in an interplay of asymmetry of information, principal-agent disconnect, and externalities—to the extent of making them vague and obscure to common understanding. For many years, I have collected classic business and finance movies with the idea of (some day...) launching a course where I could use them as the canvas for class discussion.

Below, I am enclosing an excerpt from an elective course called “Finance in Motion” with the movie selection and related readings. I hope it will be helpful!

[Depicts KKR’s battle and acquisition of RJR Nabisco in 1988]

Reading: Davis I. (2005) What is the Business of Business? McKinsey Quarterly 3

[Based on interviews with brokers; later depicted in “The Wolf of Wall Street”]

[Documentary film on Enron’s collapse in 2001]

Session #6: The Financial Crisis (1)—The Causes

[Documentary film on the financial crisis 2007-2009; transcript available at: http://www.sonyclassics.com/awards-information/insidejob_screenplay.pdf]

[Although the film does not depict any real Wall Street firm, the plot has similarities to some events during the 2008 financial crisis: Goldman Sachs similarly moved early to hedge and reduce its position in mortgage-backed securities, at the urging of two employees; and the firms Lehman Brothers and Bear Stearns found themselves similarly and catastrophically over-leveraged in mortgage-backed securities]

[Quasi-documentary film that chronicles the 2008 financial meltdown, focusing on the Fed’s actions to save the banking system]

PS.: I haven't seen "The Big Short" yet. By all accounts, it seems to be technically very accurate and worth watching.