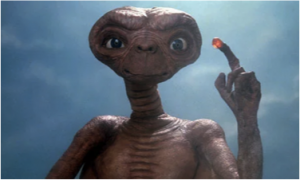 A university endowment is a pool of money that comes from donors who want to help fund the operations and mission of the university, while minimizing the dependency on tuitions and public transfers. Endowments create the financial stability that allows universities to purchase equipment, build new facilities, hire talented faculty, provide financial help to students, and survive economic turmoil.

Several weeks ago, Patrick Warren highlighted in this blog the topic of the regulation of disbursements from non-profit endowments, following Victor Fleischer’s NY Times Op-Ed on requiring universities with endowments in excess of $100 million to spend at least 8 percent of the endowment each year. Fleischer’s proposal looks moderate in comparison to those of other lawmakers requiring that around 90 colleges with endowments of $1 billion or more spend about 25 percent of their annual earnings on tuition assistance—or forfeit their tax exemptions.

As a response to the NY Times Op-Ed, Luis Viceira pointed out in a Harvard Gazette article that endowments are meant to work in perpetuity. If endowments were mandated to spend at least 8 percent of the endowment each year, given 2.5–3 percent inflation, they should be targeting a return on the endowment of 11 percent per annum, which it is unlikely without significant investment risk and exposing the endowment to potentially large losses in market downturns.

Both Fleischer and Viceira look at the P&L and cash flows (disbursements) of endowments. While this perspective is insightful, it is also instructive to pay attention to the Balance Sheet—specifically to the Assets side of endowments—and focus on three aspects tacitly embedded in the endowments’ mission: consistency, equity, and metrics.

An endowment is supposed to last forever—“in perpetuity”—so they invest in reliable assets. There is nothing wrong with sustainable annuities; however, the source of these annuities and their consistency with the mission are questionable. Some time ago, John Nye—half-jokingly, half-seriously—noted that “a Martian would have the impression that the elite schools are primarily investment pools with a sideline in education, if he just looked at their spending patterns.” The Balance Sheet patterns are also galactically interesting.

Endowments invest—as commonly intuited—primarily in treasury bonds and real estate, and—as is less known—... in timber. Yes, that’s right: trees. Forests provide a low, but foreseeable and reliable income. Seed them today, get them back in 20 years, and accrue a compound annual return of circa 5 percent, which can be easily levered to 8–10 percent. I.e., low risk/decent return. While this strategy is effective (i.e., it achieves income goals) and efficient (i.e., it provides an attractive risk-return profile), it seems to be more consistent with foresting education than fostering education (unless those forests are part of a School of Botany’s research gardens). To be clear, we are all in favor of forestation, sustainability, and reducing greenhouse gases; but not necessarily with monies intended for education.

Besides the evident agency problems highlighted by Fleisher (a large share of donations come from hedge funds and private equity funds, whose investors are—amongst others—university endowments; e.g., hedge fund manager Kenneth Griffin gave Harvard $150 million in 2014; in May 2015, Blackstone’s co-founder and chairman Stephen Schwarzman donated $150 million to Yale), most donations to university endowments are not truly altruistic. Elite university endowments are a vanity fair, where donors can shop for reputation, prestige, and esteem—they want their name on the wall.

When in June 2015 hedge fund manager John Paulson gave Harvard $400 million, it sparked criticisms. For example, the best-selling author Malcolm Gladwell wrote on Twitter: “It came down to helping the poor or giving the world’s richest university $400 million it doesn’t need. Wise choice John!” The Harvard John A. Paulson School of Engineering and Applied Sciences was the game.

Elite university endowments cement academic quasi-monopolies and education inequality. It is mathematically impossible for a middle-class university to compete with rich schools either in absolute terms (e.g., Harvard’s $36.5 billion, Yale’s $25.6 billion, or University of Texas System $24.1 billion) or per student basis (Princeton’s $2.8 million, Yale’s $2.1 million, or Harvard’s $1.7 million). Schools with large endowments can pay better, hire (or steal) talent, buy cutting-edge equipment, thus attract donors and expand their endowments—and repeat the cycle all over. It is not the early bird that gets the worm: the big bird gets it all. The field is far from level.

The alternatives to universities as investment pools with a sideline business in education are twofold: a redistributive education system or more substantive investments in human capital.

Education generates so many externalities that publicly financed education seem to provide a way to internalize the effects in the long run. This is the case in most European (e.g., Germany, Denmark, Sweden) and Asian (Japan, South Korea, China) countries. The results are satisfactory: many public universities are among the 100 according to the Academic Rankings of World Universities (aka Shanghai rankings).

Alternatively, endowments could invest more confidently in human capital and education-related long-term assets, e.g., innovation & entrepreneurship, arts, social initiatives, grants and low-interest student loans... The list can go on and on. The point is that these disbursements are investments, because they come back to society’s overall wealth, and also to the University’s endowment in future donations. Needless to say, these types of investments are more risky. But wasn’t the donors’ aim in the first place to foster education for society? By the same token, maybe we should change the metrics by which endowments’ efficiency and efficacy are measured.

I abide to Fleischer’s proposal to foster endowments to be more generous in their disbursements with a little caveat: Endowments should invest consistently in people, which should be reflected in their assets composition. Otherwise, they will continue to be alien institutions in our higher education landscape.