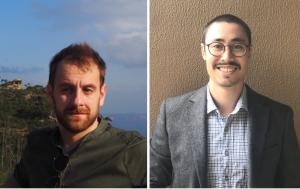 The Oliver E. Williamson Best Conference Paper award is given annually in recognition of the great work we see at the conference. In past years award winners have gone on to publication in top journals such as the JPE and the Review of Financial Studies. The award is open to all papers accepted for presentation and given at SIOE’s annual meeting. Members of the executive committee nominated papers and the final decision was made by a sub-committee of SIOE officers consisting of the President, President-Elect, and First Vice President.

Serving on this award committee was a real delight. After a couple of years running an institute, it was such a pleasure to sit on my back deck and read a set of truly excellent papers which reminded me why I love this research community and this organization. I attended my first ISNIE meeting in 2009 and the quality of work has just continued to grow. This of course made the choice very difficult. But choose we did and the 2021 Oliver E. Williamson Best Conference Paper goes to Gabriele Gratton and Barton Lee from the School of Economics at the University of New South Wales Business School for their paper entitled “Liberty, Security and Accountability: The Rise and Fall of Illiberal Democracies.”

This is an elegant and powerful theoretical paper that speaks directly to issues we are hearing a lot about in the news, as well as in the keynote from Ekaterina Zhuravskaya (during SIOE 2021) on the rise of populism. Gratton and Lee’s model shows that economic insecurity can drive the election of illiberal leaders who do not respect constraints on their power to the same extent as liberal leaders. But there is a lot of subtlety here: namely, that constitutional constraints on the power of the executive can drive the election or replacement of liberal governments with illiberal ones and that a regime can then get stuck in illiberality due to manipulation of information (violation of constitutional constraints) by the government—and even knowing this, the electorate might still elect an illiberal leader. This can also tip into autocracy. As Gratton and Lee put it: “stronger checks and balances are a double-edged sword: they slow down autocratization but may make it more likely.”